Who is Nastya Ivleeva?

Nastya Ivleeva is a charismatic host of the program “heads and tails”. She in addition to television activities, is also an Instagram star in a humorous role of Agentgirl with more than 8 million followers. A blogger and just a prominent girl. She have some tattoos on her body, let’s check out Nastya Ivleeva tattoos. 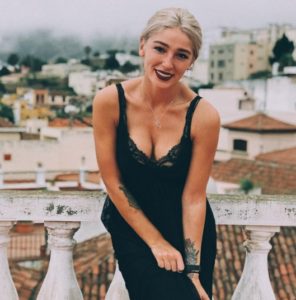 On Anastasia’s right thigh there is a black and white tattoo depicting a girl with makeup that imitates a skull, framed by flowers. This makeup is a classic depiction of the So — called La Calavera Catrina – the Mexican symbol of the day of the dead (1-2 Nov). It is interesting that both the eerie and impressive face of Katrina, became a symbol of Mexican art. Tattoo Nastya Ivleva made in the style of”Chicano”. 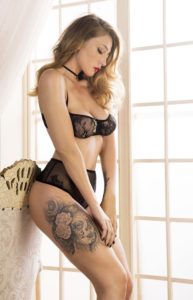 At the moment Nastia has three tattoos on her hands. On the right — the owl, depicted in the non — traditional style, on the left-a swallow. It in the executed in the traditional style and heart with a small airplane in the style of the linwork.

Stories with owls have become very popular in recent years. This bird of prey is often associated with wisdom and knowledge. 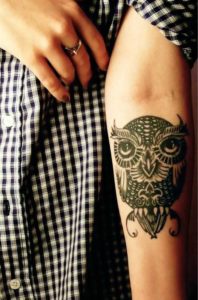 In turn, the image of the swallow has been popular in the field of tattooing since the birth of European tattoo culture. Swallows are put on their skin by sailors to remember about freedom and home.

A heart full of one line, with a miniature airplane at the end of the most likely symbolizes the love of Nastya to travel. 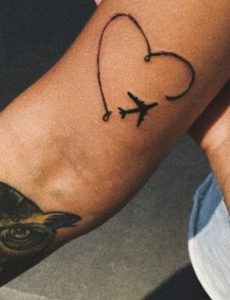 As part of the transfer of “heads and tails”, Nastya got another tattoo. During a trip to Bangkok on the body of Ivleva appeared sacred Thai tattoo called Sak-Yant. According to legend, the application of such a tattoo and the subsequent ritual will attract a person good luck. It is interesting that this work was done by hand (without the use of machines), the famous Thai master, whose works are adorned on the bodies of Brad Pitt, Angelina Jolie, Michelle Rodriguez.