Who is Dwayne ‘The Rock’ Johnson?

Dwayne ‘The Rock’ Johnson – is the actor and most of them are retired professional wrestler, has a rich history, of which it represents its proximity to tattoos. His most popular tattoos in the chest and arms. “The story of my (chest and arm) tattoos is a very elaborate story”, Johnson once said during an interview, “It represents all the things that are important to me, that I love and that I’m passionate about“. Let’s take a look to Dwayne ‘The Rock’ Johnson Tattoos. 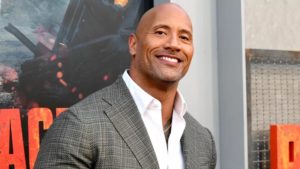 There are 3 things:  family, protecting his family and having an aggressive warrior spirit. It would be difficult to write into words, meaning of tattoo as a whole.

We divided the ink complex into fragments, explaining the uniqueness of their values:

Evolution of the bull 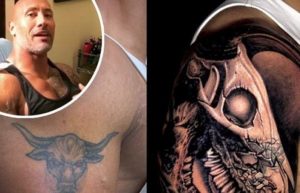 After 3 sessions and 22hrs of tattooing with world-renown Nikko Hurtado, the story’s almost done”, say Dwayne, who has now get his bull tattoo transform into a new one. Every detail in this ink is a reflection of his own personal history