Who is Carrie Underwood?

Carrie Underwood is an American singer, songwriter, and actress. She rose to fame as the winner of the fourth season of American Idol, in 2005. Her debut album, Some Hearts, was released in 2005. Bolstered by the huge crossover success of the singles “Jesus, Take the Wheel” and “Before He Cheats”. It became the best-selling solo female debut album in country music history. Album become fastest-selling debut country album in Nielsen SoundScan history and the best-selling country album of the last 14 years. Underwood won three Grammy Awards for the album, including Best New Artist. Let’s talk about Carrie Underwood Tattoo… 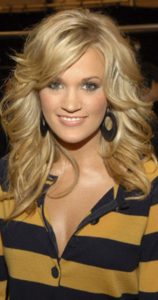 Here you can see Carrie Underwood’s “Before He Cheats” single:

In December 2009, pictures of bikini-clad Carrie in the Bahamas were published online and they showed a small tattoo near her right hip bone. It is a cat on her hip. She got the tattoo with her sisters after she won American Idol to celebrate. 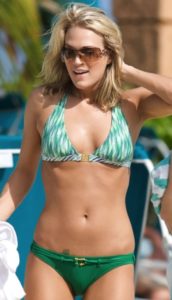